With the realization that there are LESS than three months between now and my one way flight to Barcelona, I’m thinking a lot about how I can maximize my remaining time in the states. The amount of free time I have while taking this summer off is taking some getting used to. As a true list-lover and someone who likes to stay busy, even on vacation, I’ve compiled a New England bucket list of some activities that I hope to check off before jetting off to Spain.

1. See Boston as a tourist 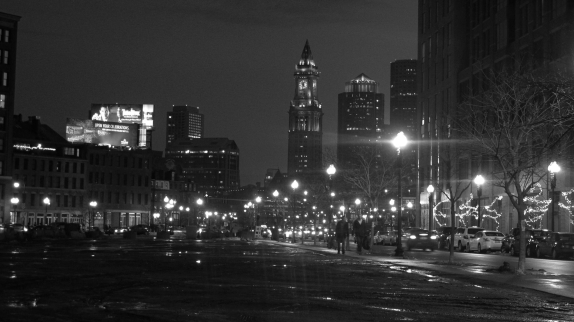 When I interned in Boston last summer, those guides dressed in colonial garb and their flocks of tourists were the bane of my existence. When all I wanted to do was get a burrito or make it to my train home, some out of towner taking a picture of the cobblestone street always managed to stop me right in my tracks.

Trust me, I’m not actually this jaded and love Boston as much as the next gal, but most of my time there has been spent rushing all over the place. Growing up so close by, I don’t always appreciate how much history the city has to offer. I’ve never even really done the Freedom Trail or climbed the Bunker Hill monument (shame). Maybe I’ll join up with one of those tour groups, but more likely I’ll just find an unsuspecting friend to indulge me.

I apologize in advance to any Connecticut pals reading along, but 9/10 times I forget that it’s part of New England, and while I remember Vermont because of Ben and Jerry’s, Bernie, and maple syrup, I can’t say there’s much else I know about the state. That’s why I’m making it my goal to road trip to every state in New England this summer. Any takers?

I had never realized how much I love pizza until I studied abroad in Spain. Telepizza just doesn’t cut it, and tuna is not an acceptable pizza topping in my book.

This summer, I’m going to singlehandedly get to the bottom of the Regina vs. Santarpio’s debacle and just generally eat as much ‘za as humanly possible without having to buy an entirely new wardrobe. And maybe I can make my way back to Amherst for a couple slices of Antonio’s at least once.

4. See a moose up close and personal

This is more of a life long aspiration than a bucket list item. I actually did see a moose up on a trail in Maine once, but 10/10 would like to see one again.

5. Show my hometown some love

Like many people from Massachusetts, I like to pretend I’m from Boston since it makes everyone think I am somehow cool and European. I’m really just from the ‘burbs, but echoing back to my first item on the list, I don’t always appreciate how nice my town actually is. Sure, I might be the only car on the road come 8pm, but I’m trying to convince myself that there’s plenty of fun to be had with a little creativity.

Only in New England is it possible to be standing on top of a mountain mid-day and make it back home to the suburbs for dinner. Maybe that’s a little ambitious, but with so many hiking options within a two mile radius of home there’s no excuse for me not to go.

7. Head down the Cape

There’s not really much to this one; it just saddens me that I’ve only been to the Cape (aka Cape Cod, for any out-of-towners) two times in my life…and the second time was just last summer. It is THE place to be when it comes to Massachusetts vacation spots. At some point I’ll brave the traffic and head down there for a day or two.

8. Feast on some local produce

If this past weekend’s strawberry moon was any indication, the pick-your-own stands at area farms will be open soon enough. Usually I end up filling my stomach more than my basket, but berry picking is one of my all-time favorite parts of the summer months. There are multiple farms right in good old North Andover with PYO stands, and I’m hoping I can make it to every single one.

Something I’ve always wanted to do was see the Breaker Mansions down in Newport, R.I. You know, so I can scout out a nice and affordable future bachelorette pad.

This list would not be complete without at least on night at Fenway Park. I’m planning on milking my not yet expired student ID for all its worth to get a hold of some $9 tickets, which will make the overpriced beer and snacks I’ll end up buying all the more worth it.

Think I’ve left any quintessentially New England activities off my list? Have a favorite place you’d visit before spending a year abroad? Let me know in the comments section below!